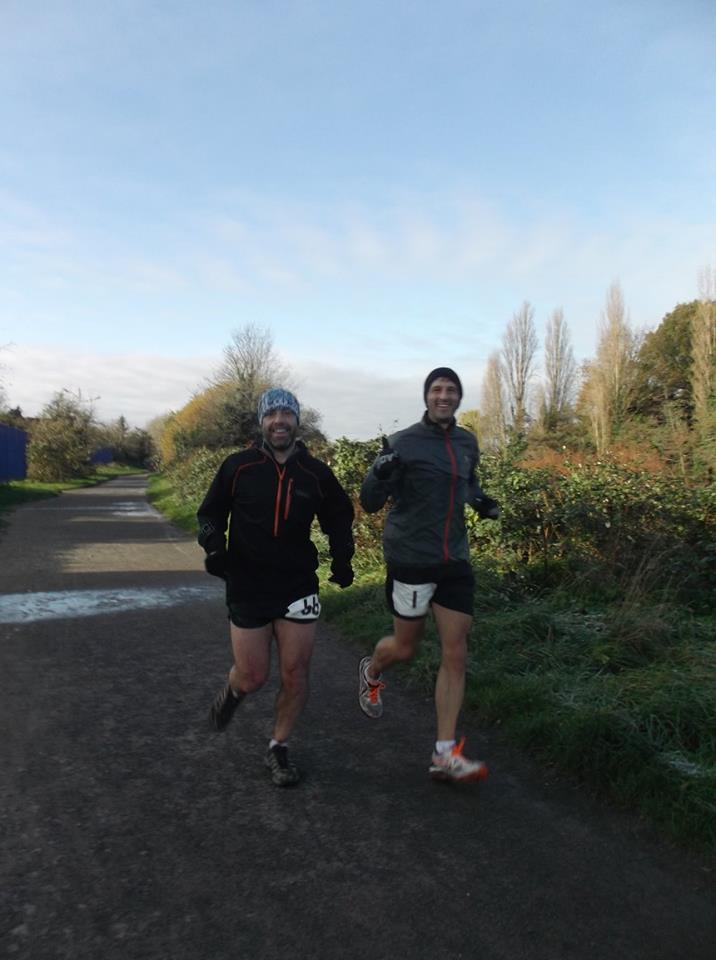 Last weekends Phoenix Marathon was my first race since Greece in September and had been booked as a point in the diary to kick start some running.

Despite having a relatively slack October (and an extra half a stone in weight from constantly eating), November has seen me putting in some reasonable high mileage although its fair to say there hasn’t been a lot of structure to the running.. it’s just been well just running.

The Phoenix Marathon organised by Rik Vercoe is one of the closest to me (ignoring my own Saturday Night Marathon) and is designed to be a low key out and back type event. I’ve probably said several times before that I really enjoy this type of event in this format and they make perfect good quality training runs.

I travelled to the event with fellow Reading Jogger Nick Steward on a pretty fresh morning and made sure I was prepared for the early morning chill with a couple of layers although a few did brave the event in running vests.

There was no planned time, it was purely going to be a comfortable run on feel as despite lots of miles I wasn’t really feeling fit and fresh. If my fitness was good I thought I would run around 3.15, average 3.30 and not so good beyond 3.30.

I once again ran with Jez Isaacs for the majority of the race as we ran along the out and back route an once again chatting to Jez made the time fly (thanks chap). We were making reasonably time running around 7.30m/m – 7.45m/m with a few comfort breaks early on (I blame the cold).

Jez backed off on the last lap which led me to getting my head down and picking up the pace on the last lap running around the 7m/m mark. The run had been pretty comfortable and I had paced it pretty well with my fitness not looking to shabby at present. If I had gone out at a pace 30 seconds quicker per mile then I’m pretty sure I wouldn’t have felt quite so comfortable later in the race.

I finished the last lap and completed the race in 3.15 which I was pretty satisfied with as it was on the good end of my current scale. I finished in 15th place out of 100 runners.

Rik had arranged use of the Leisure Centre next door for showers/changing which I took advantage off, grabbed a coffee and sandwich and then headed back out to the finish to watch Nick come in around 4.20 before heading home.

I definitely recommend these type of events and will be back late December for the End of Year Marathon.

Phoenix Running are also putting on a number of film theme runs with some bespoke medals in 2016. So if you are the type of person who likes unusual and bespoke medals and fancies a mid-week run then check out their website here www.phoenixrunning.co.uk

The “Top Gun” run falls on my Birthday next year, so that looks like a nice way to celebrate it!

PS – Thanks to Anna Hatton for the picture.