So with the news of impending knee surgery I wanted to finish at least one event this year and with some time off work I decided on a last minute entry to one of the Phoenix Marathons, the theme for this event was Top Run 2 which took place during the week so a nice low key event I could run ‘under the radar’.

The event is the usual lapped affair up and down the Thames Path which I’m pretty familiar with. It was a very hot day armed with an iPod and some Podcasts and a bag full of cool drinks I had intended just to see out the distance.

By some coincidence Darren Strachan was also taking part and we ended up chatting and running the event together. I eventually finished in a time of 3hrs 50mins although Darren continued beyond the marathon distance as he had intended to record a result in the 6 hour event and get some additional miles in as part of his Spartathlon training.

The knee held out for 26.2 miles and it was a good point for me to stop whilst I was still running. A pretty average time based on previous marathon efforts but nice to record a race finish and my first marathon race in nearly 2 years. 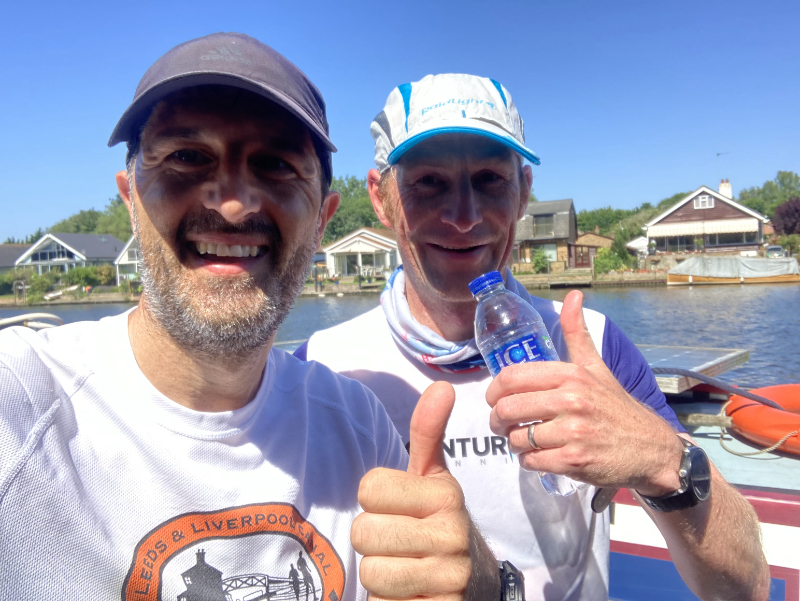