My attempt to complete the Arc of Attrition event was never really going to happen this year and was cut short around the half way point. Unfortunately, I had picked up the flu (serious man-flu no less!) a couple of weeks before the event and had spent 5 out of the last 10 days bed-ridden. This had also meant I missed the Thames Trot event the weekend before with the 10 year streak of consecutive races broken by illness (I wasn’t able to get out of bed so had no chance getting on the start line).

Despite slowly recovering, I wasn’t feeling well but with train tickets and hotels all booked and paid for I decided to head down to the event with Paul Beechey and see how I felt on the day.

Well… I didn’t feel good on the day (as several people pointed out at the start, thanks!) but I decided to start the event anyway and see how I fared. The distance of the race had been a little too far to organise a recce so I was going to take the opportunity to view as much of the course as I could at the very least.

Less than 5 miles into the race and I knew I was going to drop at some point, I felt really tired and lethargic and couldn’t summon up the energy to run a single consecutive mile. It was game over from the start and I just wanted to  demonstrate some semblance of effort before I dropped somewhere. As it was also an opportunity to see some of the course for a possible proper attempt in the future, any miles out on the course was a bit of a bonus. 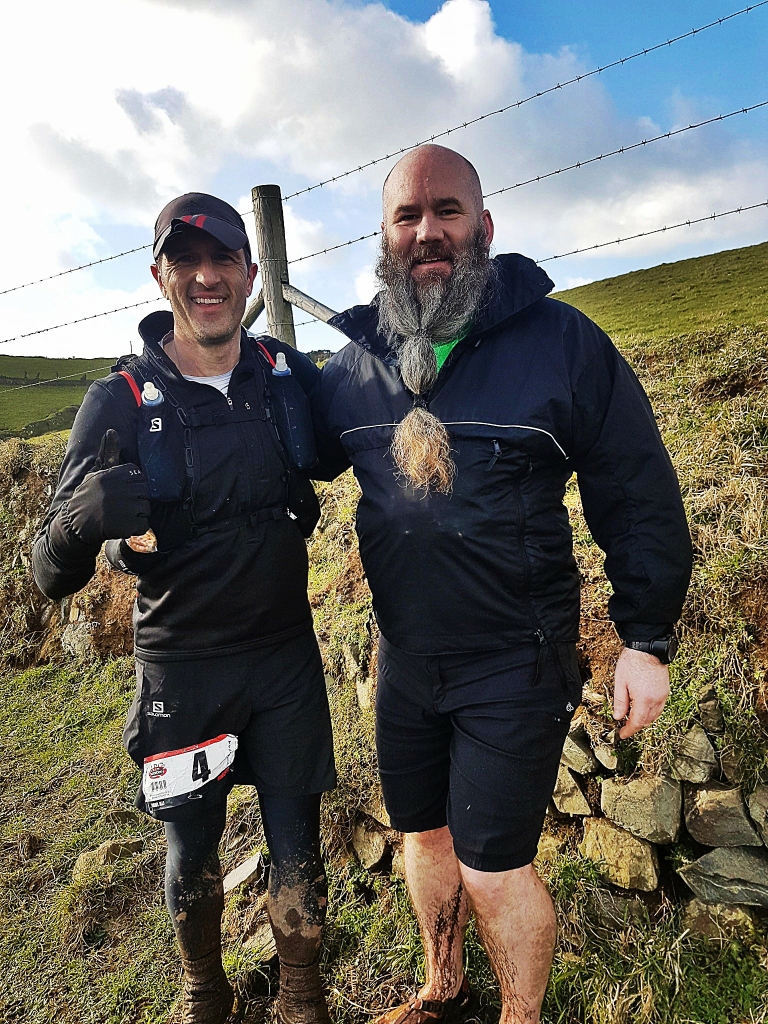 Bumped into The Bearded One a few miles in (Photo by Maxine).

I largely hiked the course interspersed with short periods (a few hundred yards or so at a time of jogging) chatting to a few people here but was probably poor company being in a bit of a sour mood and not feeling great as we travelled along the up and down the coastal route. The weather on the Friday was quite reasonable but ground conditions were wet and muddy following recent weather conditions.

I had decided to go with waterproof socks, minimal taping and an application of Gurney Goo on the feet which seemed to work ok with no real feet issues for the time I was out there. 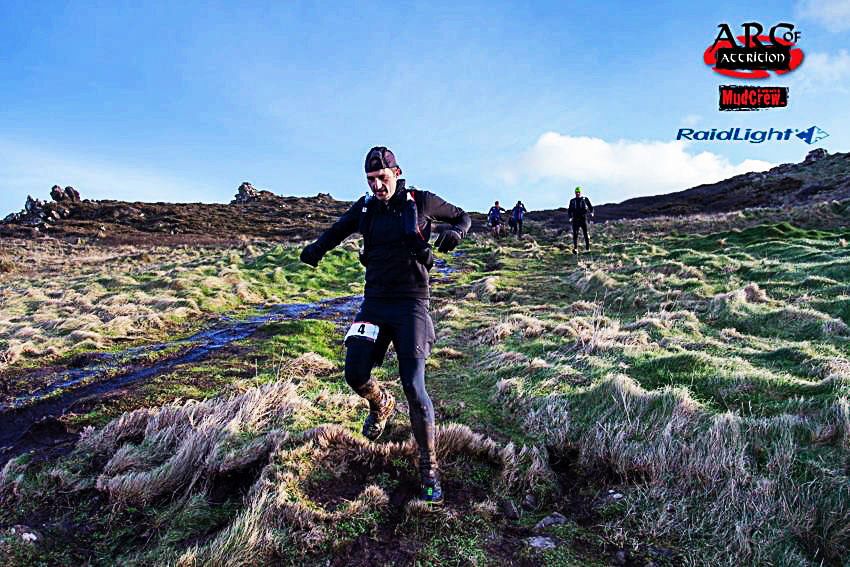 I was conscious that I was slipping back from the start as I hiked the course as quickly as I could with small jogging efforts as best as I could manage. It seemed to take an eternity to get to the first CP1 which was not helped by a cheeky diversion pretty close to CP1 which involved a 2 mile detour which made the first leg 28 miles ish in total.

It was dark as I arrived at CP1 and I grabbed some food before heading out for the second leg which was a shorter 14 mile leg. This section felt more runnable than the first but I ended up hiking it as I couldn’t summon up any energy to run. I tagged along with a couple of small groups for a little while before falling back when they broke into short jogging sections.

I made it to CP2 where I fuelled up again before setting out for the next section and another 14 mile ish leg. This was a fairly challenging section with some scrambling along the cove trying to pick out the correct path but despite a couple of minor diversions where you are picking out different paths I seemed to be following the correct route most of the time. I made very slow progress towards Lands End and decided this was where I was going to bail, I had covered around half the route and it was now heading into my least favourite time in the middle of the night and my hiking pace was slowing even further as more and more people passed me.

I bumped into a lovely crew a couple of miles before the Lands End Checkpoint who kindly offered me a lift there along with a cup of tea (thanks guys, much appreciated) and made the call to Race Control that I had stopped. From that point, I had a couple of hours kip at Lands End before getting a lift to the finish which was being manned by RD Jane and slept again for a couple of hours before rising, grabbing some breakfast and waiting to see Beechey finish.

Unfortunately, Beechey also dropped after the 80 mile point with some asthma issues and was transported to the finish where we waiting around to see the lead runners finish before heading back to the hotel for a shower, food and some sleep. A quick shout out to Drew Sheffield who finished in 3rd place after an excellent run, well done mate! 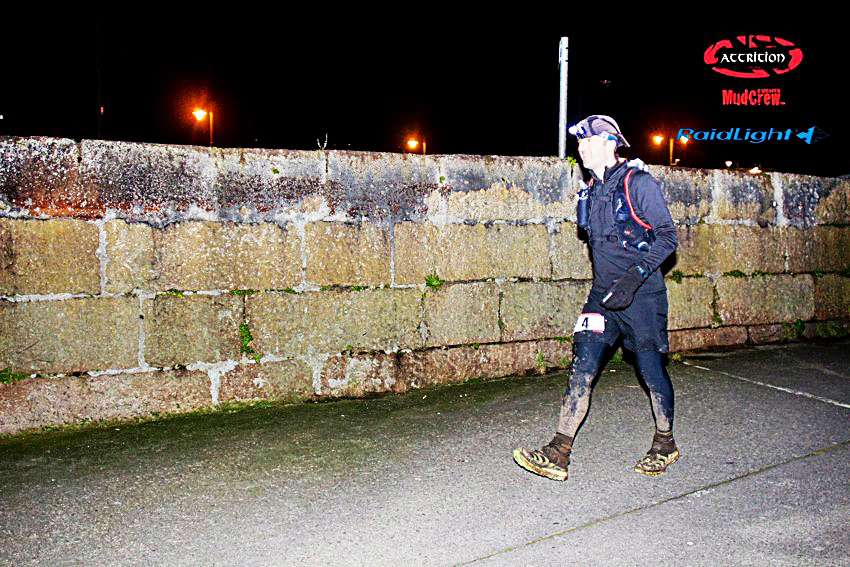 It’s fair to say this is one of the most challenging 100 milers in the UK due to the nature of the terrain and running conditions so huge respects to anyone who finishes this race. I will hopefully be back next year fit and healthy and ready to give the race a proper effort.

Thanks to the Race Directors Andrew, Fergie and Jane who put on a superb race and a huge thanks to all the Arc Angels who volunteer to support the event. The level of support and organisation for this event was fantastic and the heart of this was each and every volunteer who gave up their time and effort to support the runners. Thanks guys!