It was fellow Reading Joggers Alex Whearity’s birthday and a group run had been organised as part of his present and so I headed down to the Queen Elizabeth Country Park on a sunny but fresh morning and met up with Alex Whearity, Paul Beechey, Mike Wheeler and Wendy Shaw (supporting today) and caught up with a few other familiar faces at the start. 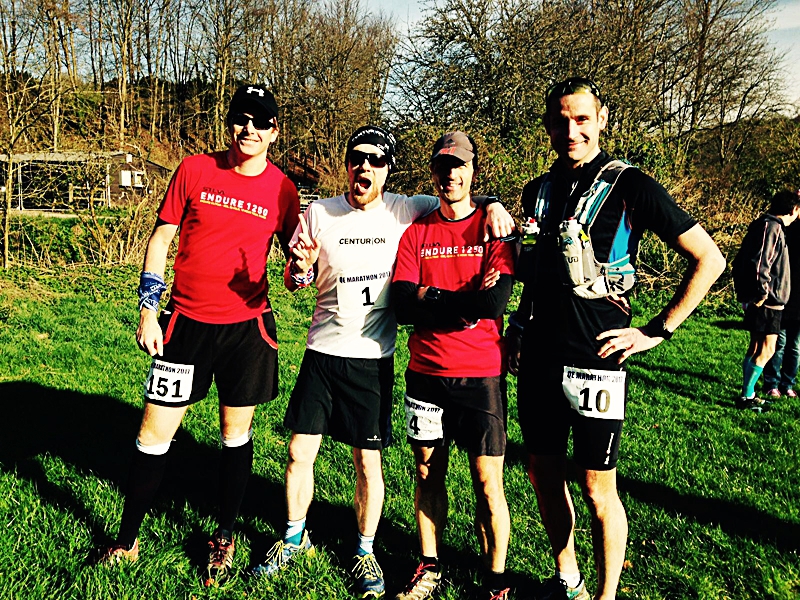 Mike, Alex, Myself and Paul B pictured.

I hadn’t really looked at the specific race details until a few days before when Paul mentioned it was a hilly trail race that was situated within QE Country Park. The race itself would see marathon runners take in 2 laps of the course and there was also a half-marathon event that took in 1 lap of the course.

We registered and lined up at the start. Alex had mentioned there was a team prize for the first 3 runners from the same club home and we could have a chance of that. I started sandbagging it at the start complaining about tiredness, early mornings and an injury niggle and I hope he wasn’t relying on me!

It was pretty fresh at the start as we set off and up a hill straight away. Alex set out with the lead group whilst Paul, Mike and I ran together for a few miles as part of the next group of runners.

We ran up and down the grounds of the park as the line of runners started to spread out. Paul drifted on ahead and Mike drifted off behind me and despite gaining and dropping the odd place as runners settled into their own pace and rhythm I was running largely by myself. The injury niggle was pulling a bit for the first few miles but settled down after some ibuprofen took effect.

It warmed up a few miles into the run, a combination of the weather and exerting yourself on the run and the gloves were stripped off and sleeves rolled up to help me feel a bit more comfortable. 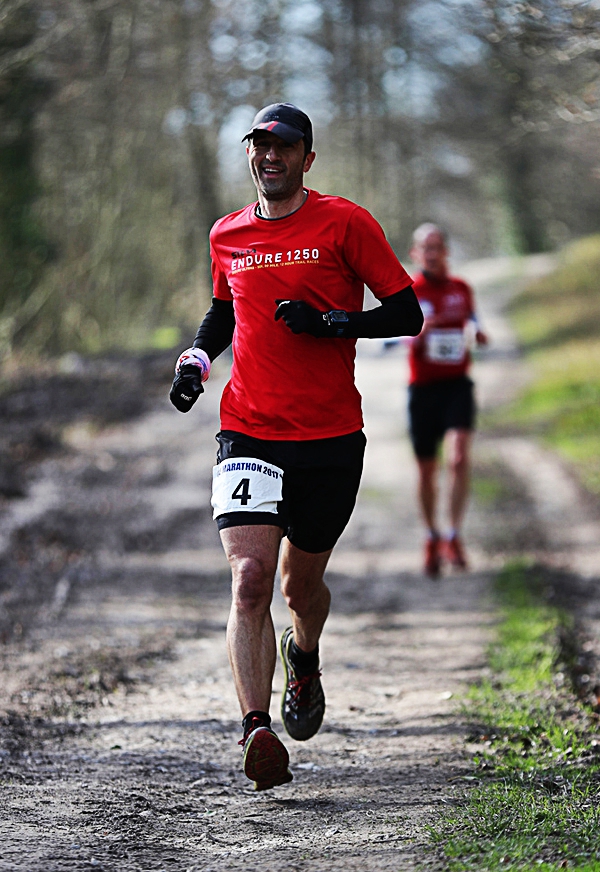 The route (helped by a glorious day) was really good covering woodland trails and up and down several hills and touching on the South Downs Way. Despite not really considering myself any sort of hill runner, I was quite enjoying it although did hike a few of the climbs. The course was also well marked (a little concern when you are running by yourself in an unfamiliar area) with marshals on the turns and various tape and ground markings so no issues here at all.

As I started Lap 2, I overtook a couple of runners and shortly afterwards was informed by a marshal that I was in the Top 10. With Alex and Paul B already ahead, then 3 runners in Top 10 positions must give us a good chance of the team win and I thought I had better make a bit of an effort to at least maintain my position… curse you for mentioning this Alex. It was some good motivation and I put in a good shift for the next few miles and then caught sight of Paul B ahead of me. I gradually reeled him in to find he was struggling a bit with an ongoing injury and had dropped to a steady pace to see the race out.

I pressed on following a routine of hiking the ‘ups’ as quickly as I could and running more quickly on the ‘downs’. I managed to overtake a couple more (2-3?) other runners before I started to catch up with the tail end of the Half-Marathon.

I did start to flag a bit around mile 24 and that long gradual rising section through the field was a steady plod to be fair before turning left and trying to put my foot down before hitting another short climb with about half a mile to go which I will have to admit to hiking a bit of this despite it not being that steep!

After this section it was the final descent to the finish and I arrived in a finish time of 3.31 in 6th place overall. Pretty happy with that for a course within over 3500 feet of ascent. My time was a pretty even split with both laps completed in the same time. 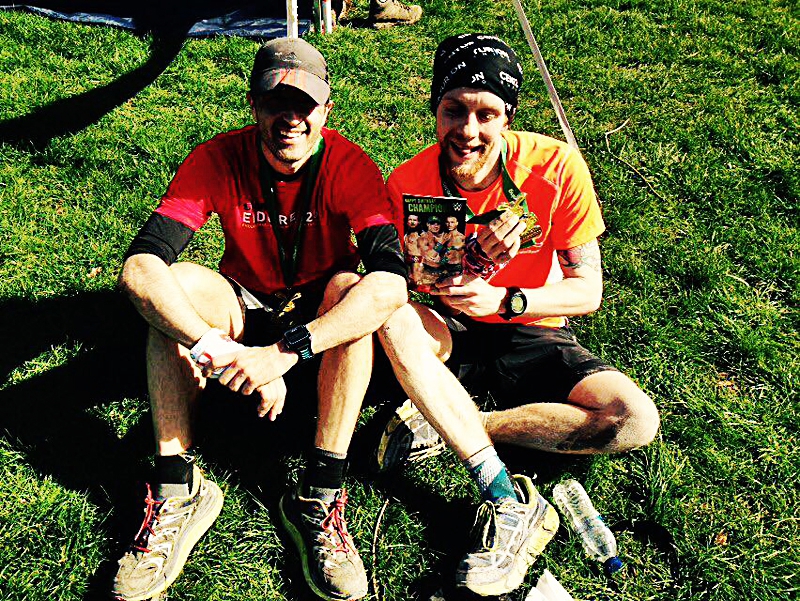 Birthday Boy Alex had finished in 5th place in 3.28 and Paul B finished a few minutes behind me in 8th place in 3.37 which meant the Reading Joggers took the team win and we were awarded a nice little shield each for our efforts. Mike finished a short while later in just under 4 hours. I was also given a prize for first veteran finisher.. so old age is good for something. 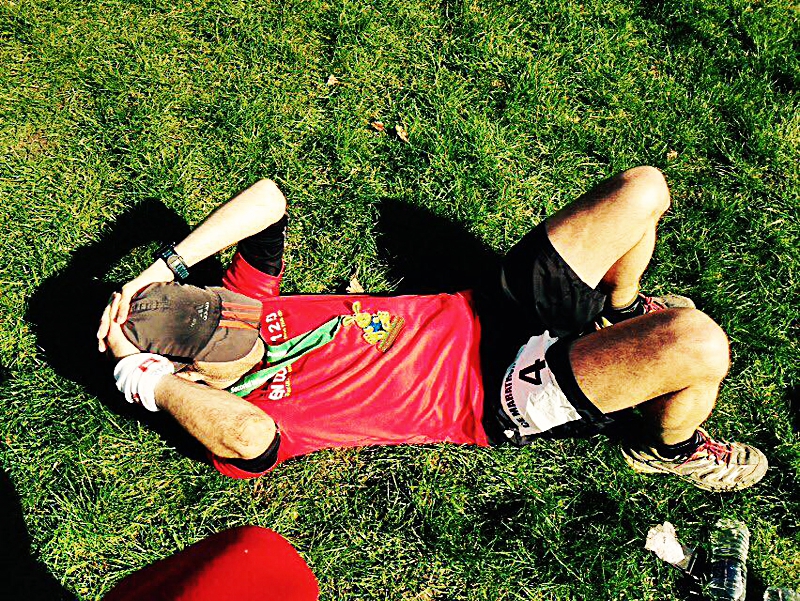 “The Hat” is looking pristine and has a few more years in it.

Thanks to Phil Hoy and the team at Second Wind Running for putting on the event. The event organisation was good, great location, well-marked course and an enjoyable and scenic route.

The “Reading Joggers Ultra Team” Paul B, Alex and myself (we are missing Wendy and Barry from the photo).

Race results can be found here

Strava account of the run can be found here