Well let me tell you something ‘Brother! I’ve done the training, taken my vitamins and said my prayers and nothing is gonna stop me and my 10,000 Hulkamanicas running wild around Reading Half.

It was Reading Half Marathon weekend last week and my 12th running of the event. In order to keep the event interesting I’ve started alternating between an ‘effort’ year and a ‘fun run’ year. After a decent run-out for me last year, it was a fun run year and 80’s American Wrestling icon Hulk Hogan was the costume of choice. This may be a practice run for the 10th anniversary of the Thames Trot where we may try and get a whole team of American Wrestling themed wrestlers (so far we have tentative promises from Alex ‘Cena’ Whearity, ‘Stone Cold’ Stouty and Paul ‘The Undertaker’ Beechey with more applications welcome).

I’ve had a little niggle for a couple of weeks which meant running wasn’t fully comfortable (Sports Massage the next day diagnosed this as piriformis muscle syndrome) which was a bit of a pain in the butt (see what I did there) but no excuses not to run at all.

As I’m local to the event and to save the hassles of parking and to make sure I get my long run in this week I jogged a few miles to the event meeting fellow Reading Joggers Ultra Team members Wendy and Alex on the way. We followed the quiet canal paths and thankfully I avoided various stares and comments from being in costume. 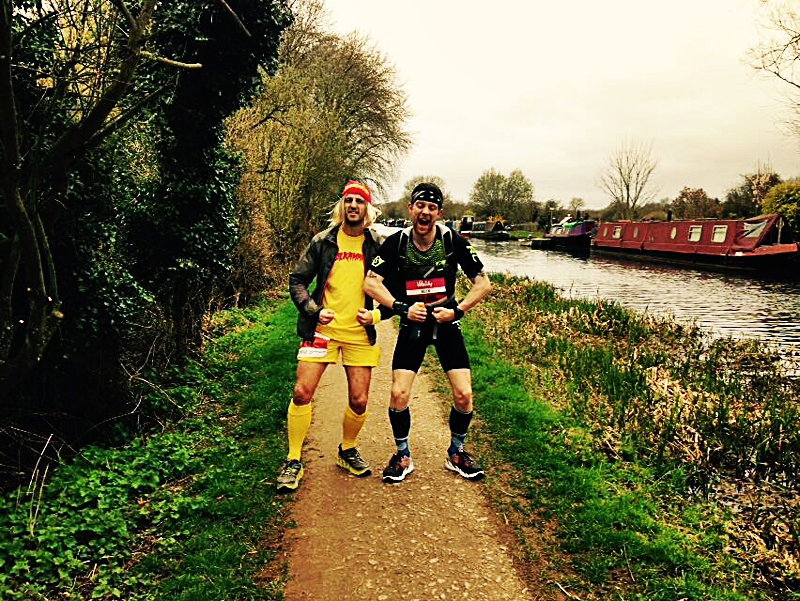 Alex and I “Hulking up” on the way to the race.

I met my buddy Gary at the start who had been training for a sub 1.30 and waited for the race to start. The weather was overcast, grey and a bit windy which didn’t make it perfect PB conditions but I was running for fun anyway. I forgot to start my watch when the race commenced and started it off ½ a mile in, no big deal.

The Hogan moustache which made the costume look a lot better fell off after Mile 2 as predicted. Any tips of making false moustaches stick to your face welcome. 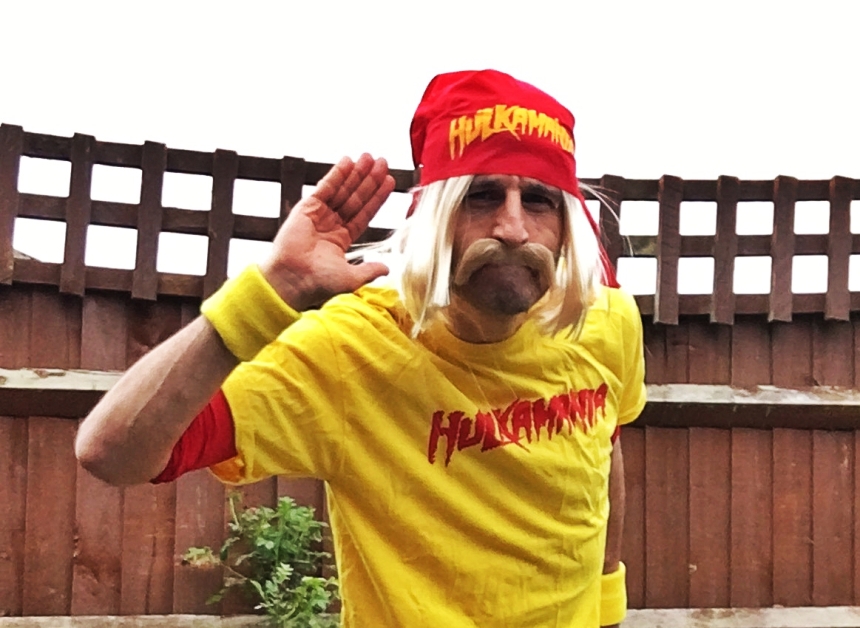 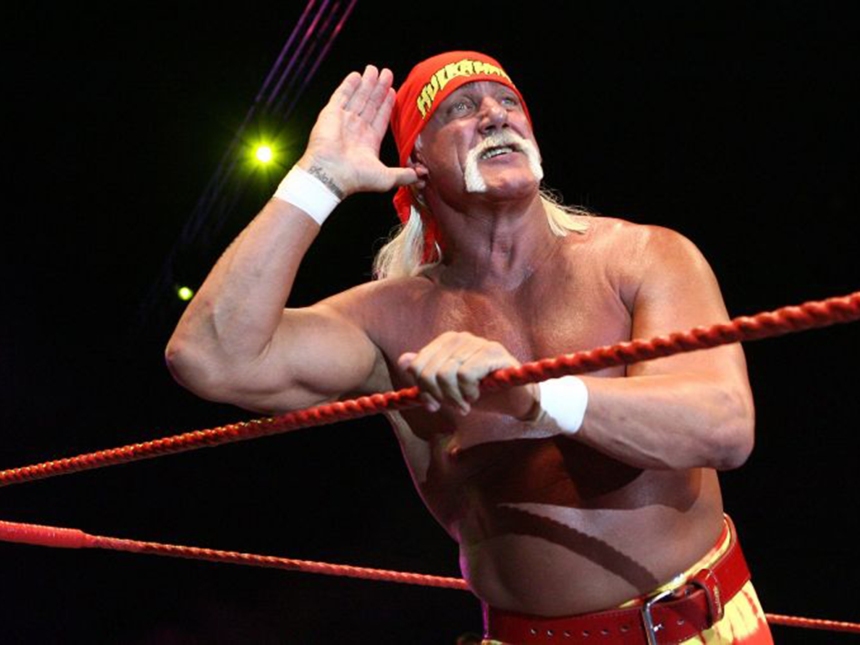 There was a fair amount of support out on the roads but definitely less than in previous years perhaps due to the weather conditions.

As the run is ‘only’ a half marathon then I will keep the report fairly brief. A quickish first mile to get a bit of running space followed by fairly consistent pacing of around 6.45m/m. As it was a fancy dress run there were plenty of cheers and each time someone actually called out ‘Go Hulkster’ then I was duly obliged to pull a Hogan pose or shout “Thanks Brother!” in my gruffest voice.

I ran a good but not quite maximum effort pace and hit the 10k point in around 41 mins, so on for a sub 1.30. I hadn’t realised the start must have been moved forward a bit as we ended up winding through the University Car Park a bit more this year. I preferred the route along the main road through the University as it is better supported along here. The slightly windy nature of the course meant there was more of a head wind than a tail wind overall.

I continued on at a similar pace, high fiving the odd 40 year old man and getting strange stares from anybody under the age of 40! There were a few people who recognised Hulk Hogan but I also received a well done ‘Baywatch Man’ and ‘Yellow Man. I quite enjoy the banter and interacting with the crowd but the ‘Jimmy Saville’ shout near Prospect Park wasn’t ‘cool.

The second half followed the first, spotted a few friends out supporting on the course and interacting with the crowd. Big shout out to the huge Hulkamaniac fan along Berkley Avenue who gave the biggest shout of the day with his “Watcha gonna do when 10,000 Hulkamaniacs run wild on you!”.. “Thanks Brother!”

We headed down the A33 with 2 miles to go and eventually made it to the Madjeski Stadium to the finish. A quick Hogan pose or two for the stadium crowd followed by a dash to the finish and it was job done. I finished in 1.28.01, not my quickest but not bad for a fun run.

Alex had bombed off at the start and finished in a new PB time of 1.19 something which was a great result. Alex has now promised to run as ‘John Cena’ with me at London. Gary achieved his sub 1.30 dream finishing in 1.29.30 (without the wind I think he may have been a minute quicker) and Wendy finished in 1.40.

After the race, I jogged back home along the course spotting a few friends and club members who were running the event aswell and it was nice to both run and the support a few other runners. A good day overall with a half decent run and a bit of fun with the crowd at my local event.