Well my race plans for the second half of the year are starting to take shape with a successful entry into this years Spartathlon which saw a record 45 British entries submitted for only 25 places and a ballot taking place for the first time which unfortunately meant quite a few missed out this year and are currently on the waiting list (sorry guys).

The increasing popularity of this event means that its likely to be heading towards automatic qualification entries only in future years in my opinion. So if you have an ambition of running the Spartathlon then you had better start working on your sub-18 hr 100 mile times.

There has been a bit of a buzz around the 2015 British Sparathlon entrants and some sterling work behind the scenes from (Team Manager) Rob Pinnington to organise the team this year. In a matter of a few weeks, we have rebuilt the website, sought and obtained some sponsorship, working on some new designs and logos for the shirts, buffs, hats and building up the team momentum towards the event in September. 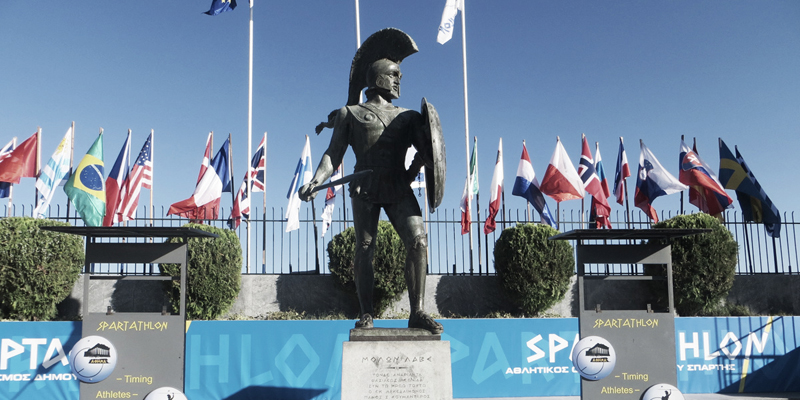 The revamped British Spartathlon Team website can be found at www.britishspartathlonteam.org and I would like to add a few thanks to James Adams (for the original idea and work on the website which I have hopefully taken onto the next level), Peter Foxall (for some historical reports and photos), Rob Pinnington (for some info and the FAQ) and particularly Louis Waterman-Evans for use of his brilliant photos from the 2013 event which has really brought the website to life.

We hope that with this infrastructure in place, one or two volunteers each year will take on the role of updating the website so we can continue to build the list of reports and information and be able to “hand-over” the website from year to year to a new team.

The British Team is looking strong this year with a number of athletes who have represented the UK at ultra events and there is the usual mix of people who have completed the event before, a few who will tasting the experience for the first time and a few who will be returning to set the record straight.

From a personal perspective my close running buddy Paul Stout has also secured an entry and we will be travelling to (and probably running) the event together. It doesn’t seem that long ago that the ‘comedy duo’ first lined up together at our first GUCR completely ignorant of the joys and pains of ultra distance running.

It’s going to be a brilliant weekend which I am thoroughly looking forward to and it will be good to meet up with other runners and crews (of which there are several) so hopefully we will have a very visible presence at the event.

Despite all the hype and anticipation, the key thing I need to keep reminding myself is not to be complacent this year and give it as much focus as I did in 2013. One finish does not guarantee another.

So with end of Spartathlon at the end September confirmed, it means the T184 will have to wait until 2016 (I will be helping out at the event anyway) and I’ve pencilled in a couple of marathons as training events in the build up.

The previous 2015 race plans blog (here) has now been updated.