If you want to know which races to avoid due to bad weather in 2015 then my current race plans are as follows.

This was planned (and was) as an early season warm up event at one of Dave Foxy-Bayleys multitude of Marathons. This is a low-key event with limited numbers, a relaxed and friendly atmosphere involving several laps around a lake.

Unfortunately, the icy weather meant the race was impacted with many people choosing to defer their entry and a only 22 people taking part on this occasion. I enjoyed a nice little training run and finished in about 3.5 hrs. The very low numbers resulted in an unlikely podium finish which is probably the only one for the year and so it’s all goes downhill from here..

This is not a formal race as such but a group event thought up by James Adams which I’m helping out with some of the organisation.

The idea is simple; run or walk a minimum of 1 mile on the 1st February, 2 miles on the 2nd February, 3 miles on the 3rd February and so on. The aim will be to try and get to the end of the month.

Obviously with no rest days there is a risk of injury to those taking part so we hope anyone who does take part is sensible and stops if they aren’t feeling 100%.

However, if you do enjoy mad running challenges then you can visit the Facebook event page here and join the other 500 people who have indicated they will take part.

In addition, Ian from Fetcheveryone.com has very kindly setup a page for us to track everyones progress which can be found here. You will need to register on the website to participate but it’s a fantastic website with lots of free running tools and a great community so well worth looking at.

This could be my biggest training month (in terms of miles) ever. I’m glad I’ve not got any Ultra’s lined up early in the month otherwise that could make completing the Run Until You Drop challenge a little tricky.

My annual Ultra warm-up event with a 48-mile run along the Thames Path from Oxford to Henley. My claim to fame is being the only person to have run and completed every single Thames Trot event and so my personal pride obliges me to enter this race every year until someone pushes me into the river and I DNF.

Last year I had a slightly disappointing run with a few little injuries. My two hopes for this race is that we actually get to run the normal route and are not affected by flooding and I can get reasonably close to my best time on the original course although this is not any sort of goal race.

I should mention one of my support crew from my very first Ultra in 2009 Matt Brown is running this year. After saying he would never run an Ultra, he took part in the Endure 24 as a solo last year and is now tackling his first point to point Ultra. Good luck Matt!

Stuffing my face at the 2014 Thames Trot

Last years event was cancelled due to the weather and entries were carried forward until 2015. Unfortunately the event happens to fall the day after the Thames Trot (see above).

Expect to see me plodding around the course with stiff and sore legs, grumbling to myself.

My local Half Marathon event and one where I have a 10 year streak. There’s a slight change to the course to make it a little quicker and it now avoids the “tease at the end of the race” where you head towards the finish at the Madjeski Stadium and they then send you away for another mile.

I used to alternate between a fancy dress year and a normal year but haven’t run in fancy dress since 2012 so a costumed based fun run is long overdue (costume ideas permitting).

How an earth do I top carrying an 8 foot long cardboard Batmobile around with my buddy Stouty?

Pictured during the 2012 Reading Half.

My first key event of the year is an 85 mile run to be completed within 24 hours along the South Coast. My running buddy Keith Godden had entered this last year and described it as a good, challenging event and we will both be on the start line this year.

I’ve never really run a coastal ultra and so I am expecting lots of ups and downs, steps, steps and more steps, fierce nightime gales and lots of wind and rain in my face. 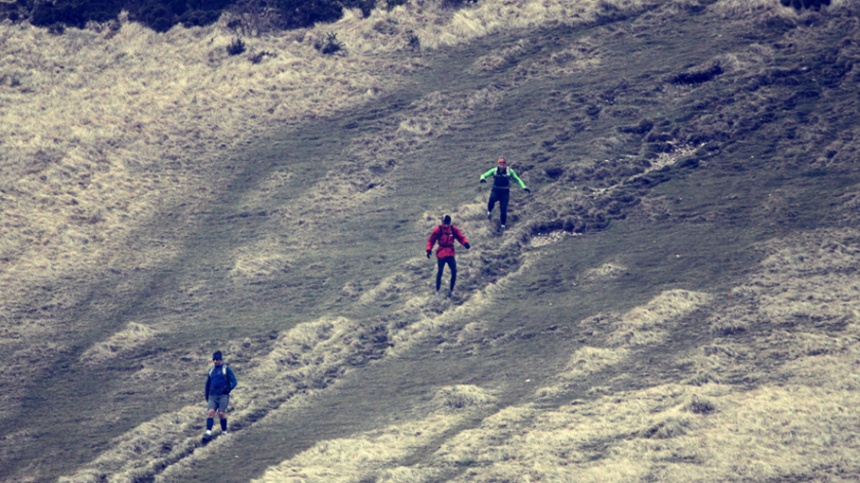 After waiting 5 years in the ballot for an entry I managed to nick a Good For Age time last year in my best.  ever. marathon. (a 7 minute negative split is unlikely to ever be bettered) so it would be rude not to return and enjoy this spectacle.

I will probably run this in Fancy Dress (ideas permitting) and just enjoy the day. 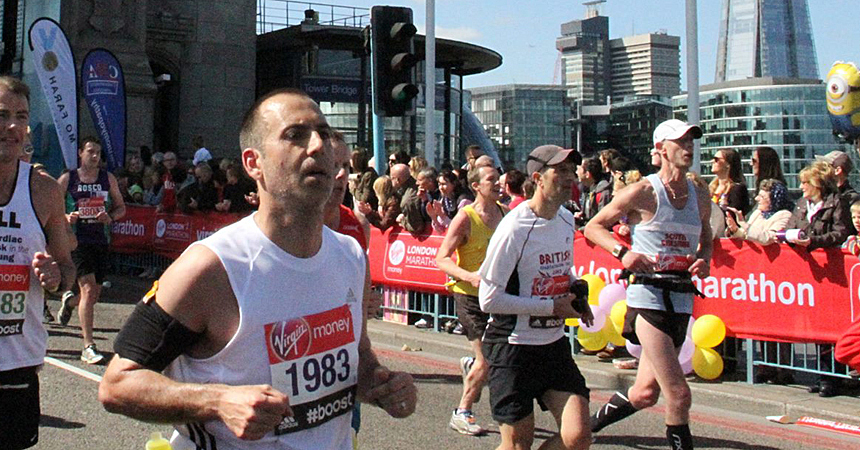 One of my favourite races in the calendar and this will be my 5th running of the event. I had a disappointing run last year and limped the last 60 miles to the finish with blistered feet and an injured knee. Once again I will be running with my buddy Paul Stout and looking forward to a repeat of the same conversations we have every time we run this together.

Skip to 14.24 to see the record for the slowest finish over the last 50 yards.

This will be a key race for me and I’m hoping to go better than my previous personal PB of 32.47 although I have found that the weather (rain) makes a significant difference on performances.

I was supposed to run this last year but was injured after last years GUCR effort and so I will be back to take part and enjoy this very well organised event from Ian Berry which has a great atmosphere within a closed environment. There’s no aims or goals it will likely be my first run after the GUCR. Big medal guaranteed!

Who ate all the pies? Pictured during the 2012 Kent Marathon.

My “local” ultra is a 24 hour based trail run with options to enter as a solo, pairs, small or large teams running 5 mile trail loops. I’ve run this as a solo runner, large team and small team in previous years.

I was tempted to complete the set and try a pairs category with someone, however despite the horrendous weather last year it was a really enjoyable event and the guys are keen to reunite and have another go as a team this year.

This will be my speedwork for the year with several hard 5 mile trail loops with a couple of hour breaks in between each lap, urgh… not looking forward to the effort already. 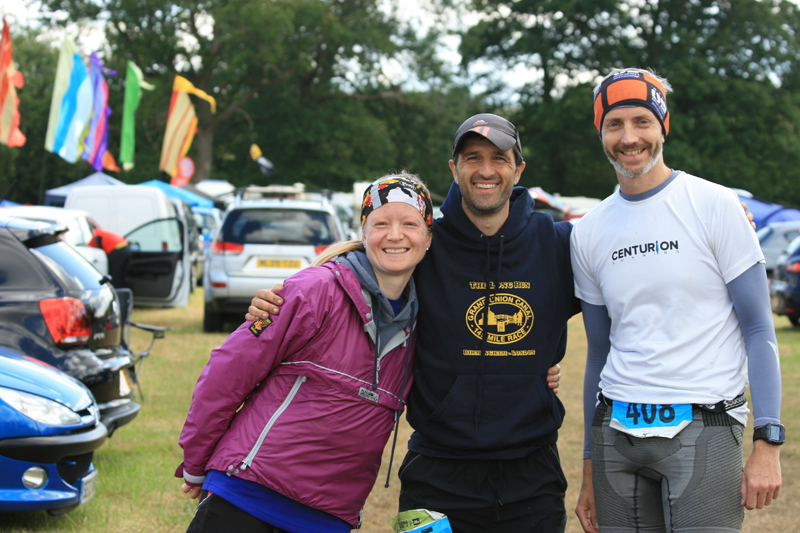 Pictured with my team mates Wendy & Jamie from the 2014 Endure event.

Hang on, did you say a swim? This is an ultra running blog, dammit!

A small marathon event in the diary to keep me ticking over.

A planned warm up event (actually my last planned long run before Spartathlon) and I will be looking to get round at a comfortable pace but won’t be pushing it at all. Did the same thing in 2013 and finished just under 4 hours which will be fine again this year.

(Updated 2/4/15) Both Stouty and I have managed to secure places for this years Spartathlon event and we will both be aiming to kiss the foot of Gerard Butler at the end but we will have to wait and see how the ballot pans out.

The final quarter of the year remains free at the moment but I’m sure I will add one or two further events in at some stage.