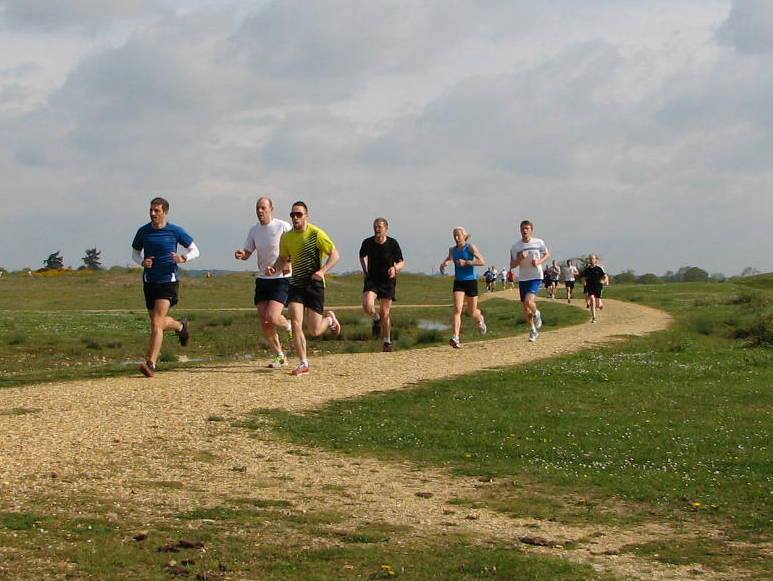 As a final little confidence booster before the GUCR, last weekend saw my annual Parkrun effort (I have completed about 5 in 3 years).

The Parkrun is a fantastic initiative and something I should attend more often but I tend to prefer longer runs on a Saturday so it doesn’t always fit in with my plans.

I attended the Newbury Parkrun with buddy Matt Brown who was on pacing duties today. As Matt organised his number I did a little warm up and stood around waiting for the start. The event was well organised and very well supported with over 350 people taking part which is a brilliant turnout.

I must admit, despite being able to run long distances I was actually feeling a little nervous before the race with the prospect of an all out effort run. I decided to stick to the 20 minute pacer and got near the front of the pack as the race started.

As per usual there’s a few people who start near the front and who drop off quite quickly and I settled into a group of about 6-8 people around the 20 minute pacer as another dozen sprinted on ahead. The pacer did a great job with some rock solid pacing throughout the run.

Mile 1 came in at 6.23m/m which despite never hitting that pace in runs before felt ok. I felt myself edging ahead of the pacer into Mile 2 but held myself back with the pacer to record a 6.24m/m. The group of 6-8 people who had started with him had been reducing  one by one until only a couple were left around him.

The final mile of the run is a long straight run into a headwind with a small incline and I soon started to feel the effort into the last mile. Briefly I thought sub 20 was comfortable until I realised I hadn’t factored the extra 0.1 mile into the equation and knew I needed another 6.30m/m ish to hit this target.

I drifted ahead of the pacer who was sticking to his times well but he then passed me with ½ a mile to go (a factor of me speeding up and then slowing) and it was then time to grit your teeth and see if you could hold the pace until the end. I kept the pacer in sight and kept looking out for the finish line then as I hung on and hung on. Mile 3 ticked over at 6.30m/m and then with 50 yards to go I saw the finish area and went hell for leather for the finish line and pushed as hard as I could as my Garmin ticked towards the 20m/m mark.

I finished in 19.56m/m with the pacer coming in at 19.58m/m who I immediately turned and thanked for during a grand job. Job done, but I did feel that effort!

I stayed and watched the rest of the runners coming in and really enjoyed watching the range of emotions from all of the runners of different ages, from competitive efforts, to pure satisfaction of a good run, to happiness from just participating in a health based social event. Watching those finishers reminded me about the great spirit the Parkrun events have created. Matt arrived a few minutes later after completing his pacing stint with a crowed on 30 minutes runners and hopefuls following him in.

A good day overall with an enjoyable run and a new PB and a landmark sub 20 minute 5k achieved for the first time ever.