I took part in my other local 10k today at Woodley with Ross N.

The pre-race plan was to try and beat my previous best time of 44.10.  To be honest, I’ve not done any speedwork (ever really) but managed to get half-way round Reading Half Marathon in around 42-43mins so that was the target. The real motivator was a complete set of PB’s in 2011 across each of my regular distances category (10k, Half, Marathon, 40m, 50m and 145m), I just had the 10k and 145m mile ones (not really a regular distance but a target which is slightly extreme I know) to do over the next two weeks.

I was going to aim for 7 minute/miles and allow a few extra seconds at the start of the race to get into a decent running rhythm and a few seconds at the end for the odd .2 of a mile and that should get me in under 43 mins.

There didn’t seem to be a lot of people at first but the crowd of runners soon built up closer towards the race start time of 11am.

The race started on time, the weather was sunny and a little breezy. I knew the route well having done Woodley several times in the past and having lived in the area previously. The run starts from Woodford Park and does a loop around the Woodley area. The majority of the run is on the pavement so the route itself is narrow and not the best to be honest but the marshalling of the traffic was well managed with plenty of marshalls and stop/go signs allowing runners the priority.

The first mile was quick, too quick in fact as I glanced at my Garmin and saw that I passed this at 6.19 m/m. The second mile was 7.00 m/m dead on but I felt as if I was struggling after the first. The third mile was the slowest at 7.13 m/m. I slowed slightly and took a drink at the first two checkpoints (3.5k and about 5.5k) and started to try and get myself back into a consistent pace. Several people had passed me on the first few miles which adds to the feeling that you are slowing down and I was still a little annoyed with myself for going off so fast. At mile 3, I had decided this was my last ever 10k. No-one bats an eyelid when you walk on an ultra and by comparison a 10k effort felt hard after lots of slower runs.

The second half of the race was simply a case of grinding it out. Thankfully, we had a long gradually declining stretch down the Wokingham road and I tried to keep my pace going and kept checking the pacing on the Garmin. When I spotted this going beyond the 7.15m/m, I stretched out the legs and started to count out the steps to inject a bit more speed.

The left hand turn onto Loddon Bridge road was welcome as you were just over a mile away and I continued on. There was some support on the way round and it’s good to hear the odd “well done” as you run past.

I grabbed a drink at the last checkpoint (about 8k I think) but was really conscious of my time and just threw it over my head and carried on. Glancing at the Garmin and furiously trying to calculate finish times I knew I was on for a finish around the 43 minute. I would have liked to have done 42 something but I was going to be outside this.

As we rounded the corner into the finish at Woodford Park I was trying to judge the distance to the finish. I can usually make a good 50 yard dash at a push and didn’t want to kick too soon. There was a little turn before the finish and I spotted the timer at the finish line 42.30 something and I was still a couple of hundred yards away.

If I wanted that 43 mins it was time to kick, like it or not. I started to increase my speed and then started to pass a few runners, I glanced at the clock 42.40 something.. this was going to be tight. I drove on and started to “verbally encourage” myself, “come on, come on, keep pushing” – a few people might have thought I was a bit silly as I ran past. Another glance at the clock 42.50 and I was getting close. I blasted (may have been a little slower than a Usain Bolt sprint to be fair but that’s how it seemed) towards the line as the clock ticked by 42.56, 42.57, 42.58, 42.59 and it just ticked over to 43.00 as I crashed across the line breathing very heavily. I had just about done it by the skin of my teeth.

I was given a drink, medal and goody bag (which contained a mars bar!) staggered past the finishing crew and lay down on the field for a minute whilst I got my breath back. Despite setting a new PB by over 1 minute I didn’t feel that elated, I was a little annoyed with myself for going off so quickly and felt as if my race had crumbled from that point onwards, it felt uncomfortable (why think you can run 7m/m comfortably when you train at 8 – 9m/m?) and it really felt like I was hanging on for the rest of the race. Perhaps deep down I know I can do a little better.

Ross came in several minutes later in about 51-52 minutes which was his expected time based on more football than running in recent weeks. He’ll be looking to go a couple of minutes quicker by the time the Wargrave 10k comes around now that the football season is over.

However, the positive was another PB leaving one more to go this year and a few Fetchies have earned some credits for their bets (thanks for the pressure guys!). Overall, a PB can never be bad as I’ve never ran that time before but the tactics and mind were not 100% on it today to be honest.

As someone who has moved onto longer distances in recent years, I am finding 10k’s more and more expensive and harder to justify these days. Why pay £15 for a run that you do regularly a few times during the week. I’d probably rather pay double that for a marathon and then have something which I can train a few months for. They do feel like a lot more of an effort, as I’m trying to run much quicker based on slower mileage.

However, it’s good to mix things up occasionally and run outside your comfort zone and there’s also the social side of things with other running buddies. So, I will probably still do the odd local 10k from time to time.

On the note of running buddies, a quick hello to Adrian from the Reading Joggers who I met for the first time today. 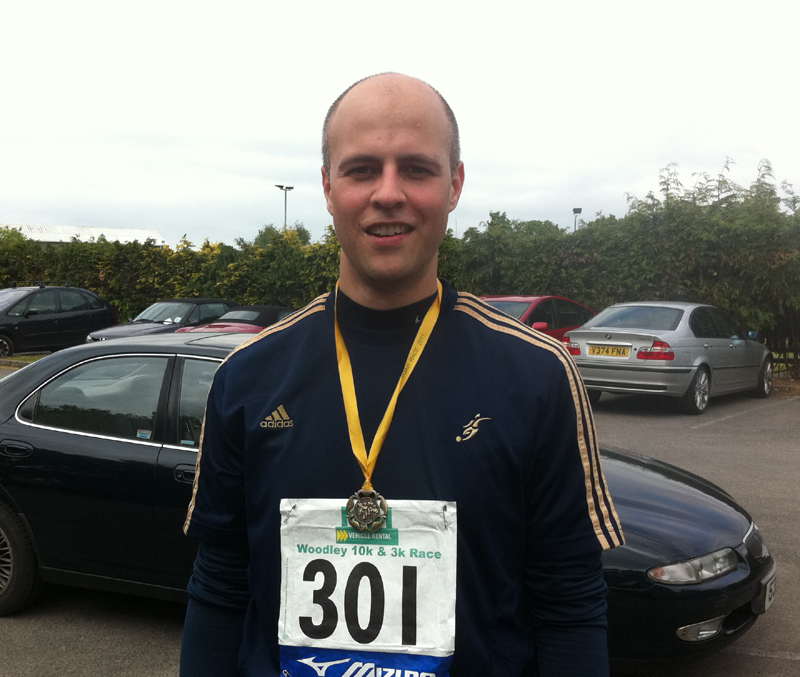 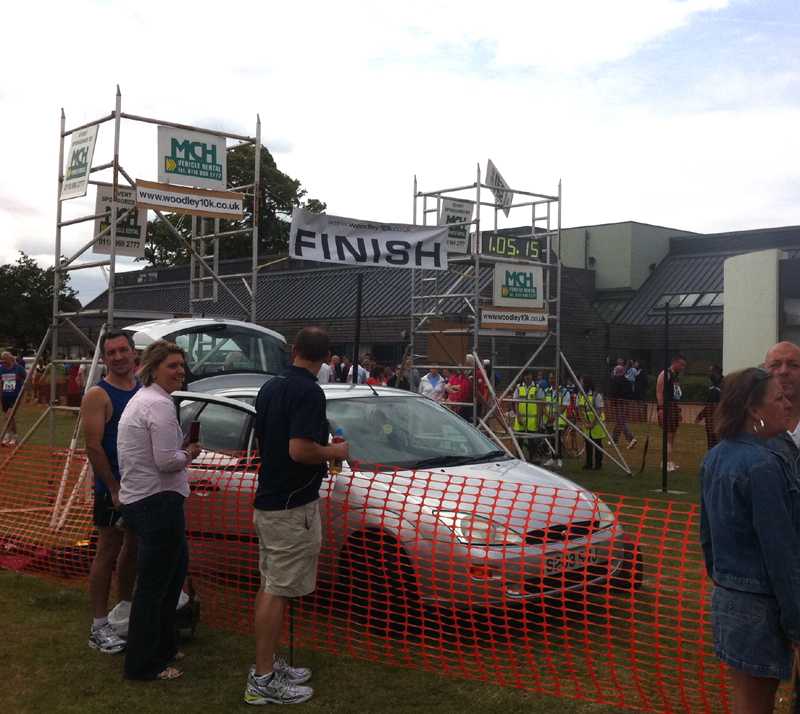